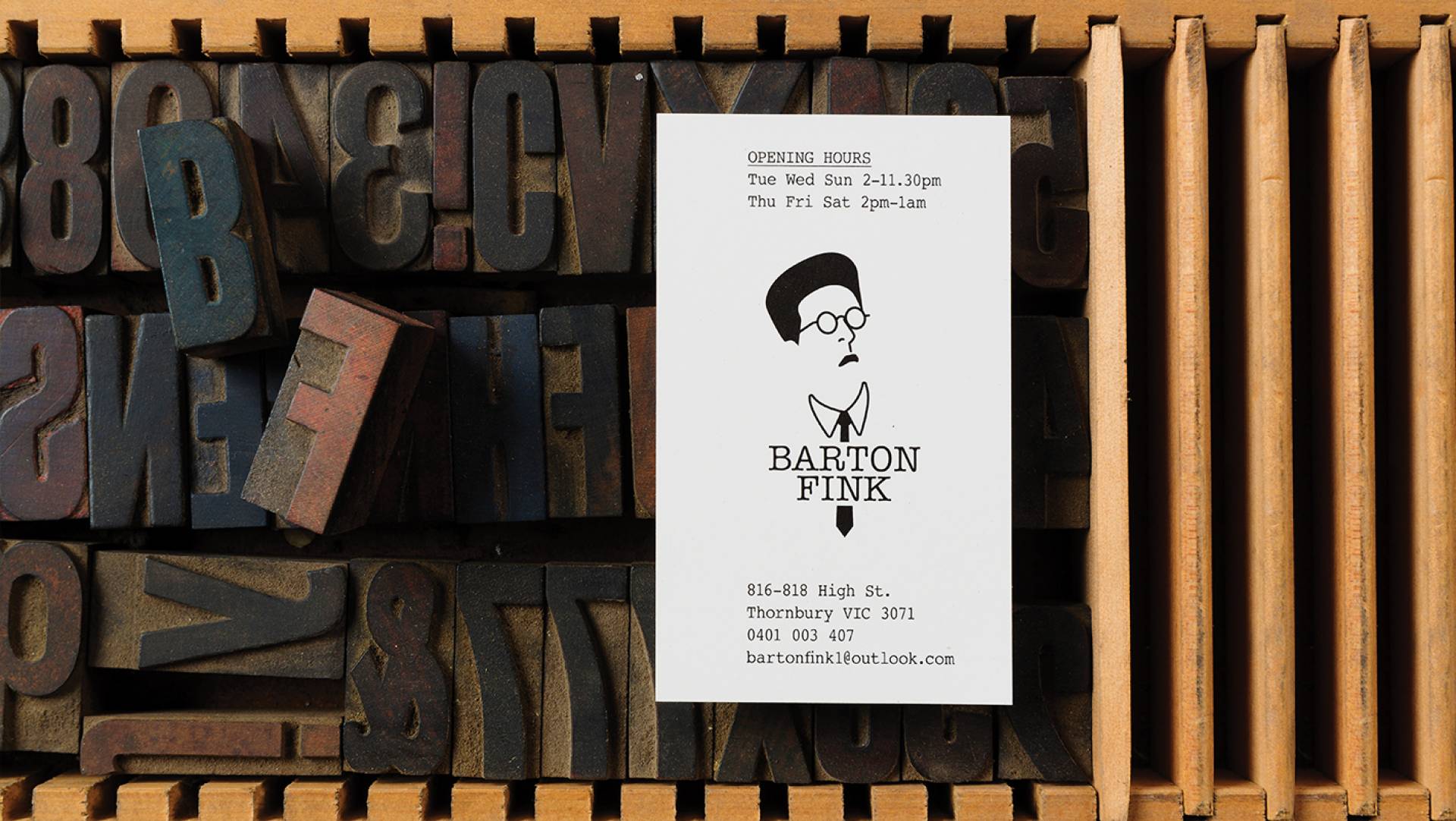 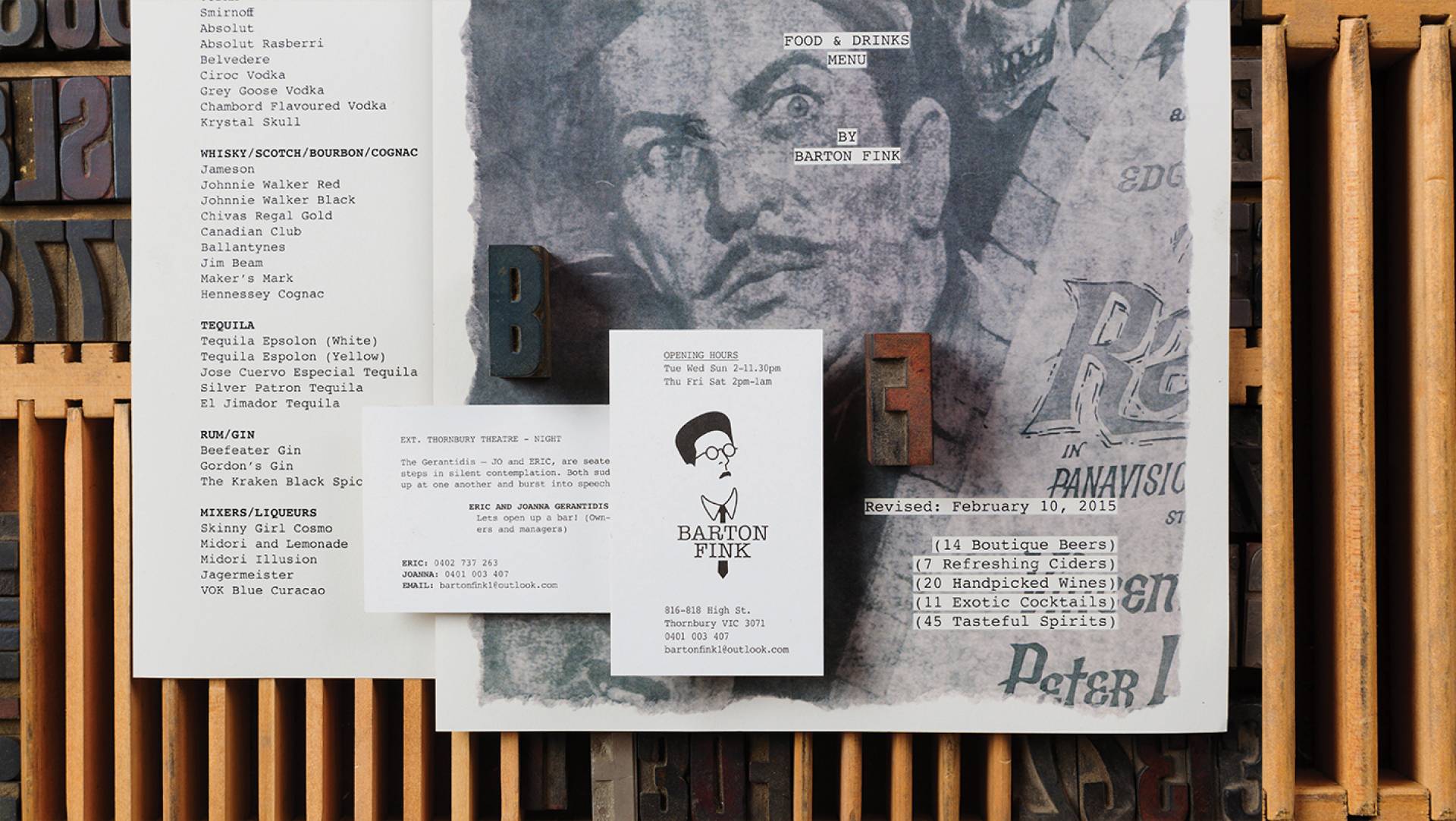 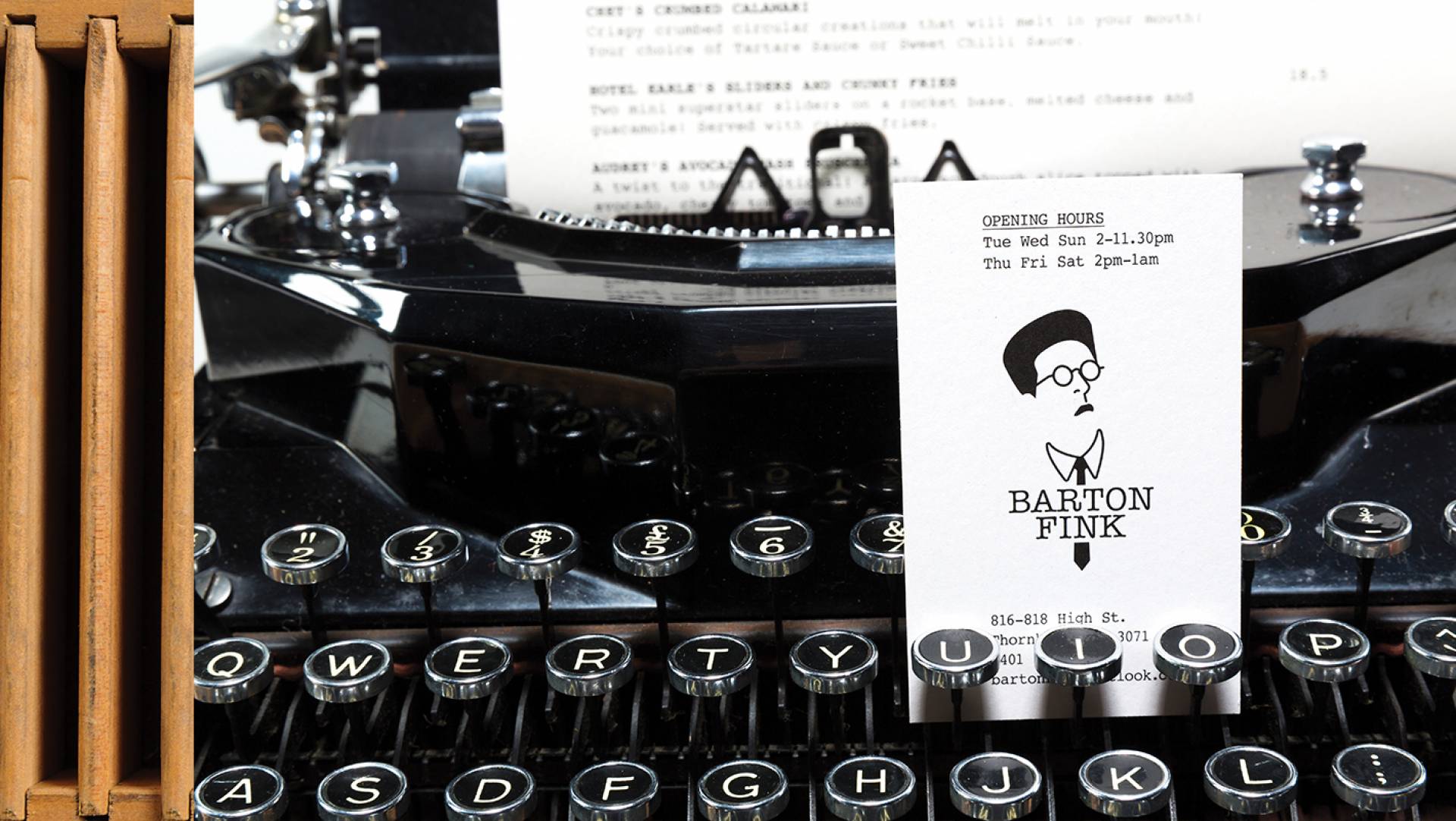 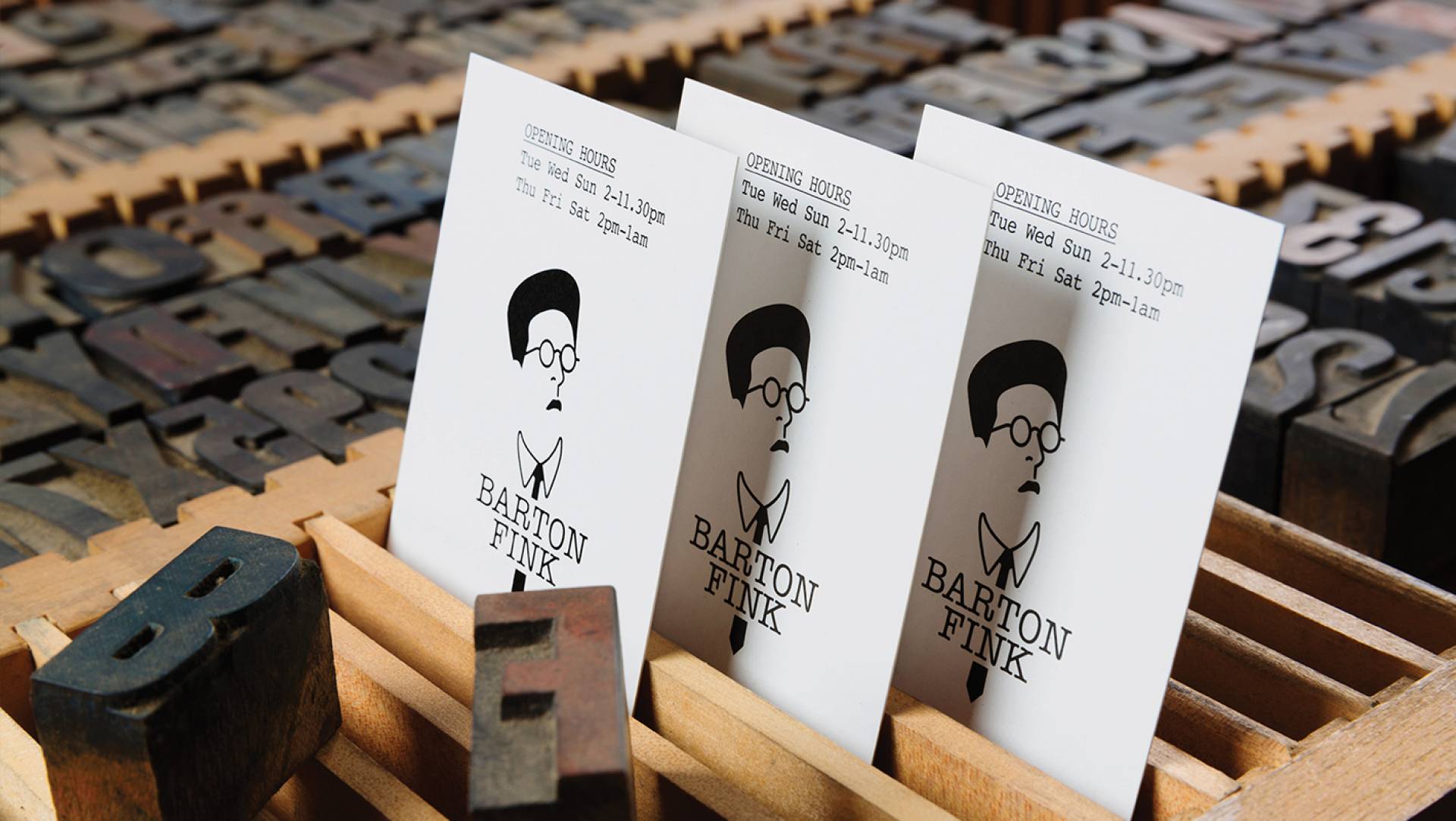 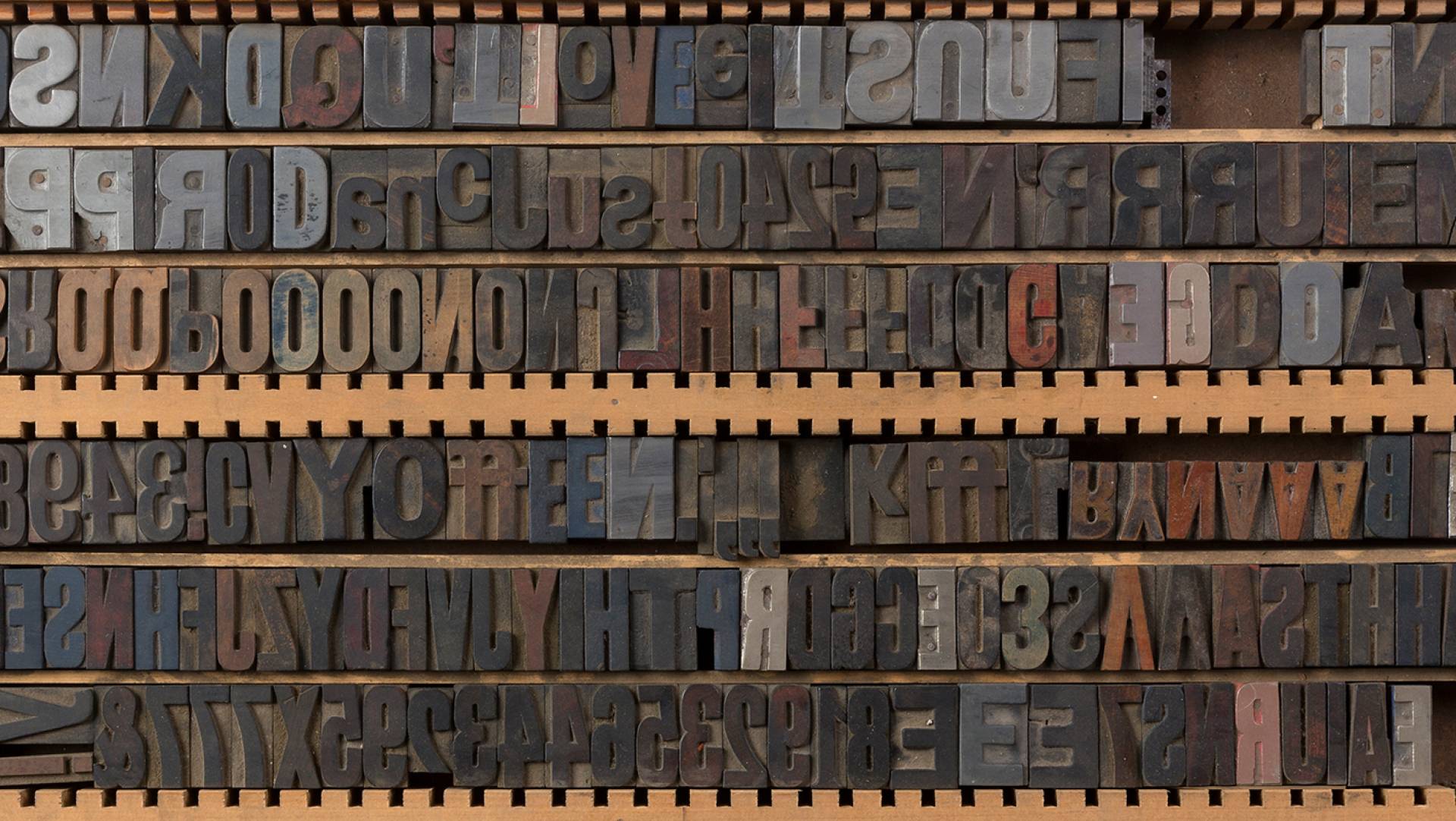 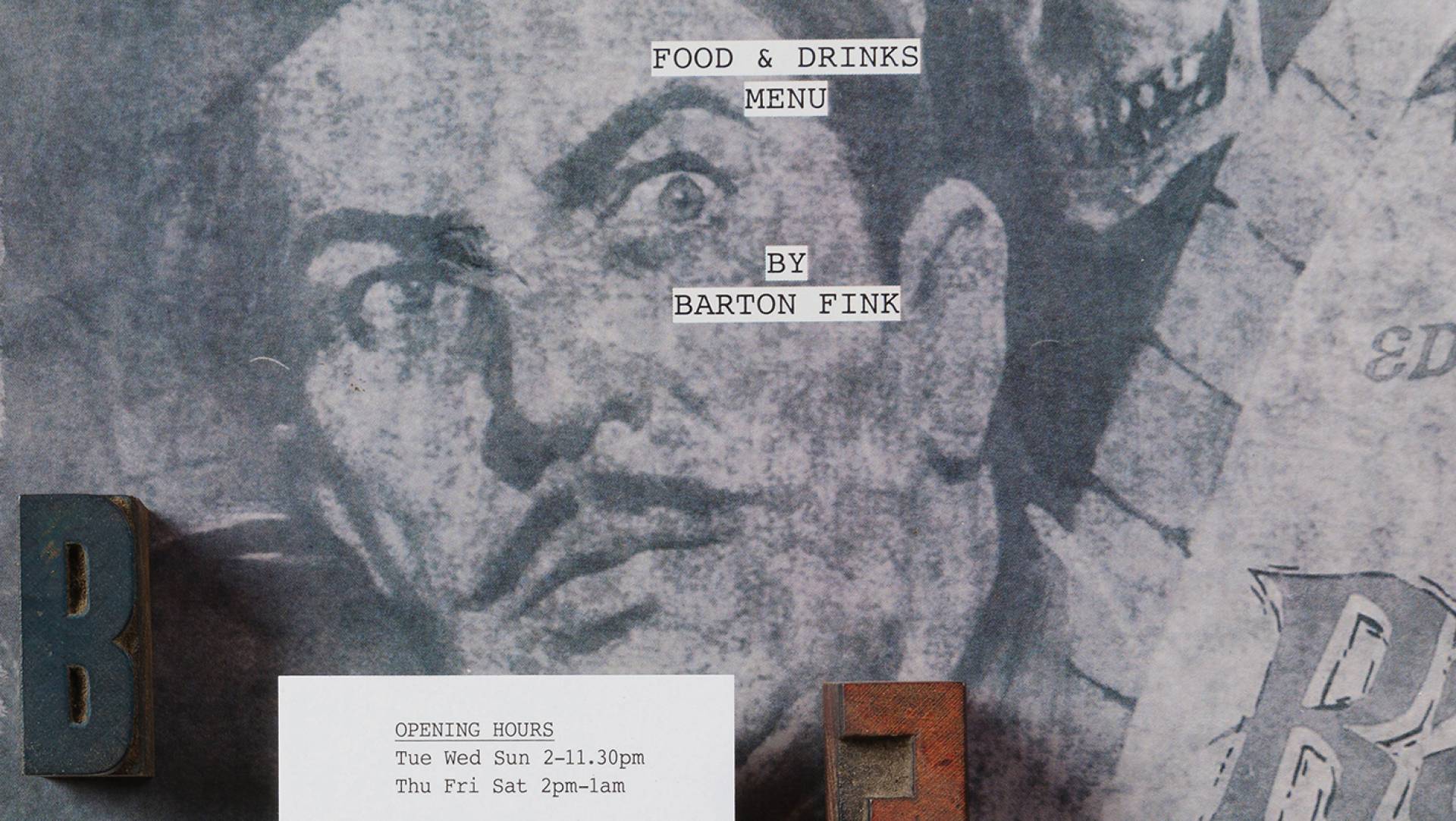 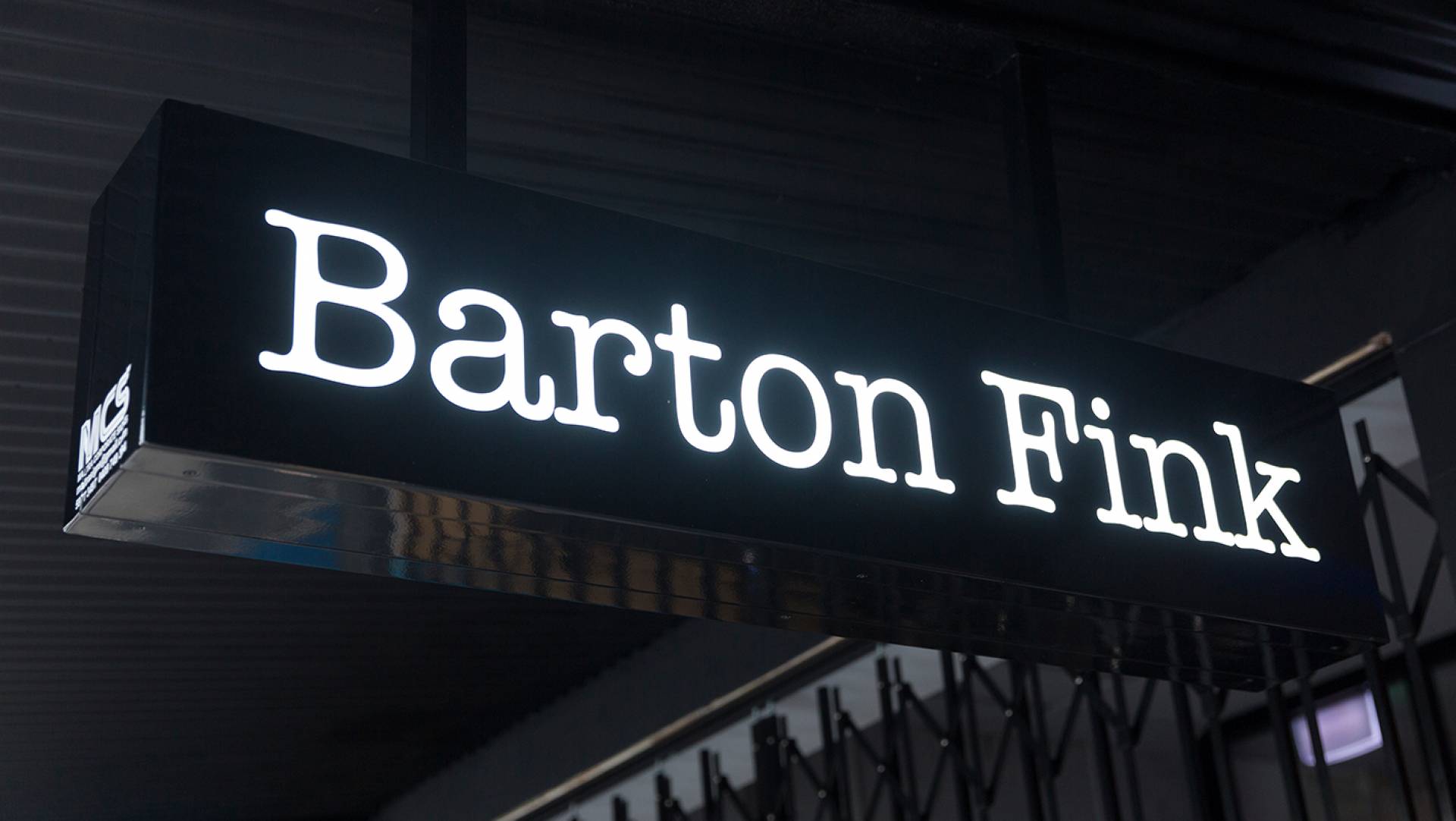 Approached with only a name, designers developed a complete branding and identity design for a new bar offering in Thornbury.  Barton Fink is directly based on the ever-popular 1991 American Period film, using the character to portray the essence of the bar and influence the identity.  The brief was to develop an instantly iconic brand that links with the movie, including the 1941 Hollywood setting, giving people a unique, unexpected nostalgia.

The logo is a simple black and white sketched illustration of the famous Barton Fink character in the 1991 film. The logo is then played upon throughout the venue through large-scale graphics across the walls and artwork, the bar’s menus and the extended collateral.  The designers managed to develop a physical brand that not only represents the essence of the bar’s character but also developed a typical 1940’s style film noir setting for the identity to flourish.